I am honored to be featured on Writers And Authors today! Have you ever wanted to set up a Facebook party to release your book but you weren't sure how? Maybe you want to have a party to celebrate a special mile stone? Come on over to Writers&Authors and I will be happy to tell you how to do it! I've even included some game ideas to help you get started!


*Tomorrow, I'll be at Frampton Plantation at 1 Low Country Ln, Yemassee, SC 29945  from 8 till closing time signing copies of The Alien Mind! I'd love to see you there! 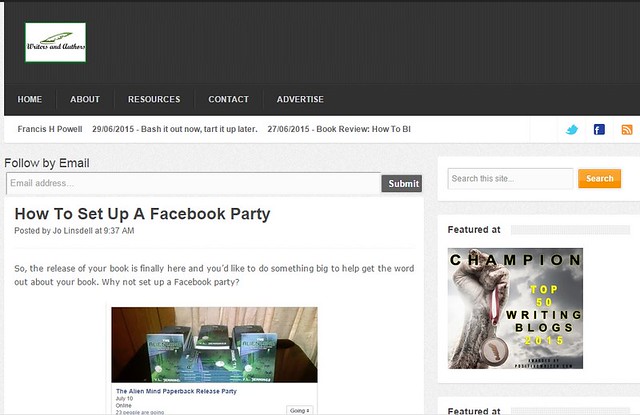 I get to do all sorts of interesting things with my characters! Last year, for The Alien Mind's e-book release book tour I was asked if it would be ok for an alien to interview my character Rivi. What an interesting request! Turns out, the alien was actually a character in Clay Gilbert's 'Annah'

Anyhow... Stop by and see how the two girls got along!
https://portalsandpathways.wordpress.com/2014/11/26/different-worlds-different-minds/