What Lies Behind Snippit 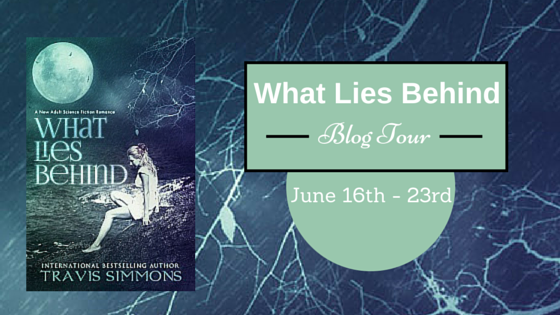 Excerpt from What Lies Behind

Cass let her eyes wander over the fields and farms they were flying over. The air was clearer here, away from the city. Up ahead, through the bug splattered glass of the windshield, she could see a wall of white billowing up into the sky.

“Don’t you know?” Brandon smiled over at her. “Doesn’t your programming show you that?”

He chuckled. “That’s a cloud whitening facility,” he told her. “Back a couple decades ago, when global warming was becoming a big issue they started this kind of ecological engineering where they could change how bright or dark clouds were to help either cool the planet or warm it.”

“Strange,” Cass said. She looked around at the green fields and the towering trees off to the left of the hover car. “So, what, things were deader?”

Brandon shrugged. “More pollution I guess. I’m not really sure. I haven’t looked too much into it. I just know that this is one of the ways they’ve corrected the issue.”

They were flying closer to the mass of white clouds drifting up from giant smoke stacks and into the sky. “We’re by the ocean,” Cass said.

“Yea, that’s where they work on the clouds,” Brandon said, pointing with one hand over the ocean so she could see the clouds drifting on the wind out to sea. He pulled back on the steering wheel and they began to slow and drop to the ground.

The car alighted in a green field. The wind blew the hay like ocean waves around the car. He turned the vehicle off and stepped out. Cass could hear the wind outside rushing over the tops of the tall grass in fits and starts as if a great inhalation and exhalation of breath. Cass didn’t wait for him to help her out this time. She opened her own door and followed him out into the warm afternoon.

Brandon took a deep breath and let it out in a sigh. “Makes you wonder what the air was like before they started purifying it.”

Cass looked at him. She couldn’t smell what he was smelling. She could tell the quality of the air thanks to her visual overlay but she had nothing to compare it too. Cass didn’t know what the air used to be like, so she took his word for it.

“It’s so quiet here,” she commented, leaning against the hood of the hover car. “You’d expect there to be a lot of noise from those stacks, but it’s just silent.”

It was a sight that Cass could live in forever.

“So what about this android thing?” Brandon asked, turning to her.

“I don’t see how it’s possible,” Cass said. “I’m someone’s property, and that someone isn’t likely to give me up.”

“Right,” he said and sighed. “I want to show you something tomorrow. Natalia is working late tomorrow so we have time to sneak you out without her knowing it.”

“What is it?” Cass asked, her curiosity piqued.

“You’ll see tomorrow.” Brandon smiled and pushed away from the car. Cass turned to the passenger side door to get in. “Now, how about you take us home?” he asked.

“Me?” Cass pointed to herself. “I don’t have a license, and I’ve never flown before.” Her hand was starting to shake again.

“Yes, you, and I will be right there with you, showing you the ropes. Don’t worry about it, you can do this I’m sure. And how do you know you’ve never flown before? You don’t remember your life before coming to Natalia’s. There could be all kinds of things you’ve done that are secret to you.”

Cass looked to the clouds billowing out of the smoke stacks. “Maybe. Someday they might start coming back.”

“If Natalia keeps knocking you around they might,” Brandon said. There wasn’t any humor in his voice. “Come on, let’s get you home. Or rather, let’s have you fly us home.”

Brandon rounded the end of the vehicle and steered Cass toward the driver side with his hands firmly on her shoulders. “Alright, I can’t make you sit in the seat, so you’ll have to do that on your own,” he told her.

Her stomach in turmoil, so to speak, Cass slipped in behind the wheel. Brandon closed the door, sealing her inside.

He adjusted himself in the passenger seat and closed the door. Cass thought she flinched at the noise, as if it were a tomb sealing her fate.

“Alright, seatbelt,” he told her, buckling his own.

“Afraid I’m going to get injured?” Cass shot a smile at him, despite the nervousness she felt.

“No, I’m afraid that a cop might see that you don’t have your seatbelt on and pull us over, and then he will find out that you aren’t a human with a license, and I’m being an irresponsible adult. And then there is the robot graveyard for you, and I will have my home taken away and I will be put in prison where I will become the girlfriend of a very beefy man named Javier.”

“All that, huh?” Cass looked at him sidelong. She buckled her belt.

“Well, I’m not sure if my prison boyfriend will be Javier or Bruce. I think if I was going to be the man bitch for a prisoner I would like the name Bruce more.”

Cass smiled. “I hope he treats you right.”

Brandon smiled and shrugged. “If it takes a little man love to teach you to fly, I will take my lumps. Alright, start the car,” he told her, clapping his hands together.

Cass knew she’d flown before because the moment he told her to start the car, she entered the correct button sequence on the steering wheel. The hover car rumbled to life.

“Look at that,” he said. “I bet you were a captain in your past robotic life. Let’s see what else you remember. Take us home, Cass.”

Cass pushed down on the steering wheel as she’d seen Brandon do, but the way she pushed down on it, how she eased into the launch sequence was too familiar. The car shivered a couple times, but the engines engaged. The grass rippled away from their hover ports and the car listed up into the air.

“Not as gentle as the fake clouds, but pretty good,” Brandon told her.

Cass saw the green dotted path on her visual overlay that pointed the direction home. She flipped the lever up beside the steering column, and the hover car pushed forward.

“Wow, I don’t have to teach you anything,” Brandon said. “Maybe I will take a nap.”

“I’d rather you tell me what this surprise is tomorrow,” she said.

“I’m going to take you to meet Bruce,” Brandon told her.

“Oh, perfect, I’d love to meet him. Is he as beefy as you enjoy your prisoners?”

“Nah, Bruce is thinner, not so muscular. Javier can’t figure out why I prefer Bruce over him. He calls Bruce a wannabe man,” Brandon shrugged.

“Yea, I make him feel like a man,” Brandon said.

“So either you’re really nice, or you aren’t very masculine,” Cass joked.

Brandon laughed. “Is it that obvious?” he asked.

“You seem like the type,” Cass told him. “Slender hips. Small hands.”

“Seems like you’ve been getting pretty familiar with my physique while I wasn’t looking.”

The whirring in her stomach kicked up another notch and her hand jerked. The car shuddered to the side and Brandon laughed at her, placing his hand on the wheel to steady the car.

“Well, I hate to be the bearer of bad news, but you certainly aren’t taking us to Natalia’s,” Brandon said. “Where are you taking me? Out in the forest to kill me? You going to introduce me to your secret tribe of robots that are aiming to take over the world?”

“I didn’t know you were a conservative,” Cass told him as she frowned. “And I’m taking us home. The green dot points toward home, and I’m following that.”

“Well, I wouldn’t want to argue with your green dots, but this isn’t going home,” Brandon chuckled.

Three green dotted path was starting to get lighter and steadier. They were almost there. Cass eased down on the lever, slowing the car to a halt. She pulled back on the steering column and the car drifted down easily onto an old, cracked driveway.

“Where is this?” Brandon asked sitting up straighter. His eyebrows furrowed in concentration. “I recognize the neighborhood, but I don’t know this place.”

Cass shook her head. “I’m not sure,” she told him.

It used to be a house, that much was certain, before it had burned. Whoever had lived here hadn’t bothered to rebuild. The two-car garage was mostly unscathed, but the house was blackened and crumbled all around the foundation.

Cass unbuckled her belt and pushed open the door. When she stepped out into the open air, it was almost as if she could hear the screams all over again.

Cass looked around. “What was that?” she asked.

“I didn’t say anything,” Brandon said. All traces of his mirth were gone. He was looking at her funny again, almost like he did in the doctor’s office.

Her hand began to shake.

“I remember this place,” she said, taking a step forward, but her knees were weak and she had to lean against the car for support. “From before.” Her voice was dull, distant.

“Cass, are you okay?” Brandon asked. His voice was distant too, almost as if she were hearing him through a tunnel. He raced around the front of the car as the air around her darkened. Shadows were settling at the edges of her vision. Cass was lost to darkness before she fell into Brandon’s arms.

Travis Simmons was kicked out of magic school for his refusal to study and his penchant for mundane activities like cooking. While selling his sword he stumbled upon dogs that he wrongly thought were magical and imagined he could commune with them. After a vicious zombie attack in which witches helped him push back the undead horde, Travis found himself apprenticed to a necromancer.


Afraid that winter was coming, Travis tucked into his magical studies, but always chased his dreams of writing tales science fiction tales and fantasy stories where he could explore his wild imagination about life on other planets. Adamant that Travis learn the esoteric ways of the occult his master made his life a horror of practice and studies. But no matter how he tried, he could never conquer Travis' questing mind.