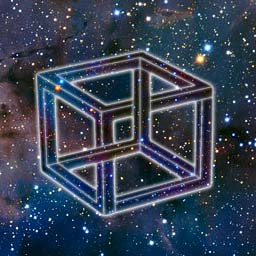 So. My idea was to update you on my word count with a sneak peek. I'd like to declare once a week, but depending on the week I may not get anything written so for now... I'll just leave it at that. If you subscribe to my blog or social media channels you will get the notification when I've posted a new update/peek here.

Today I wrote 2,078 words in the sequel to The Alien Mind (which does not have its own name yet)

I started Friday, and had a wedding yesterday so my total word count is 3,891 so far.

I may write a tiny bit more to finish off this scene before I head to bed but that's where I stand at 11pm today.

As for the sneak peek... Here is one of my favorite pieces (unedited):

*****
A thousand options ran through his head. Ellery needed an experienced mind healer. He could ask the humans if he could take her back to Aun to be looked at, but if the humans refused things could get bad. If his Aunantet friends helped him get the children out of here it could look like an Aunantet attack on a human colony. That wasn’t what Aun stood for. But he also couldn’t just leave her here like this…


Daniel moved toward the door.
“Commander Mandel, this girl needs more help than I can give her. She needs an experienced mind healer.”
“She won’t be allowed to leave this facility!” Commander Mandel replied.
Daniel stepped back through the atoms of the door. “Could you repeat that?”
Commander Mandel stiffened as he repeated his statement. “She is under the care and protection of Earth and its government now.”
“I wonder, does Earth or its governments know what you all are doing to these children all the way out here?” Daniel growled, narrowing his eyes at the commander.
“You have no proof son,” The Commander smiled threateningly. “So unless you have any further business here, I’d suggest you leave.
Daniel eyed the Commander before stalking off back down the hallway towards his friends.

There were a few pieces from today that I am just aching to share with you, but this one was my favorite. Daniel has grown a bit since the first book and I am really enjoying allowing him to come into his own a bit more!

So... that's it for now. Would you care to share any projects that YOU have been working on? Doesn't have to be writing related- I love hearing what everyone has been up to!