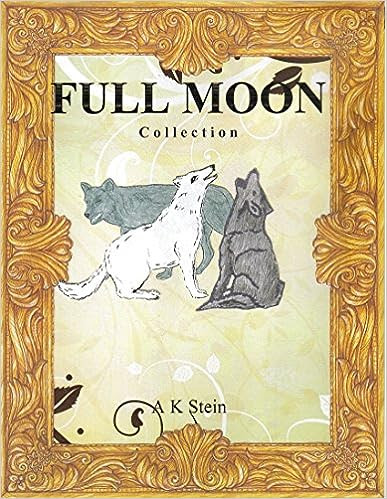 Ms. Peck (aka AK Stein) has written stories since she was in the 3rd grade. She started out writing about horses. She loved horses, you see. But it was during that time that she discovered science fiction and fell in love again. Literally. Has daydreamed science fiction ever since. But along the way, she discovered fantasy, with magic and myth, and so added that to her list of loves. The result of all this are her books you see today. Some being this FULL MOON werewolf series. She hopes you enjoy them.

Find out more about Ms. A.K. Stein at http://www.goldframeromance.com