Day 11 What do book characters do to relax 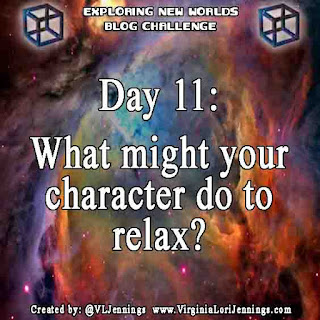 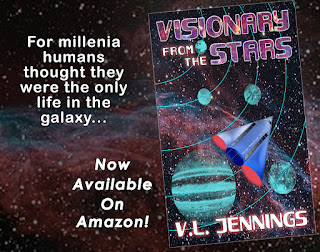 Hmm, this is a fun one! How about something for each of the Star Traveler crew!

Laurie Kingston, the main character in Visionary From The Stars loves learning in her spare time. When she is trying to relax you would most likely find her reading a book. She has gone for walks on the beach with her friend Chris when she really needed to get out and get some fresh air though.

Chris' idea of a good relaxation activity is to play video games, though he has had little time to play since he and his father have moved to the new colony on Exandra. Instead, he spends most of his time hanging out with Laurie and heading off to solve disagreements with the ECOPS.

Captain Mitchell enjoys going camping when he is trying to relax

Dr. Kingston, Laurie's mom, is slightly ocd and prefers to find something to organize while she is trying to relax. She has been known to ask the computer to scramble the entire colony's medical database just so she could alphabetize the entire thing by hand when she is really on edge. Dr. Kingston: "Hey, that's not fair! We were under a blizzard warning!"

Eli Kingston, Laurie's father, prefers to listen to classical music while he is trying to relax. He says it reminds him of the wind blowing through the leaves.

Dr. Eric, his idea of relaxation is dragging his telescope out to stare at the stars just for fun. 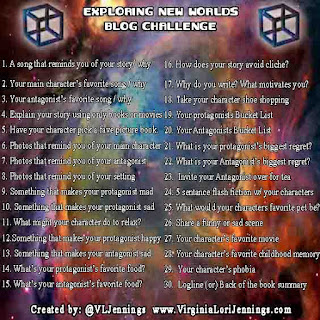 You can join this blog challenge too, whether you are a writer OR a reader! Just pick a favorite book off of your shelf (or a story you are currently writing) and click on the image below for info on how to join in on the fun! You can also join in on social media by posting your challenge answer with #ExploringNewWorlds added to your post!Come check out others who are posting their Day 11 Blog Challenge as well!